Formed in May 2013 Red Hill South Landcare covers parts of Point Leo, Red Hill South and Shoreham on the Mornington Peninsula. Our members want to do their part to preserve the bush in good health through weed and pest control, revegetation, improving waterway health and creating biolinks between areas of remnant vegetation. 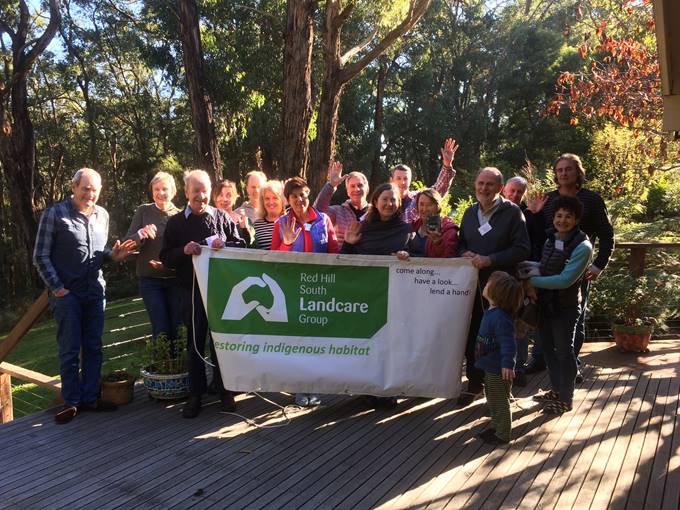 Red Hill South Landcare Group is on Facebook. Check us out and ‘like’ our page  @RedHillSouthLandcare
Joining is easy, simply register online by clicking on the ‘Get Involved’ button to the right of this page or download and return our Membership Brochure.

Some of Our Local Species

Powerful Owl – we share the landscape with some very large owls 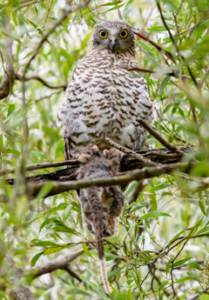 The Powerful Owl (Ninox strenua) is Australia’s largest owl.  In Red Hill South, you can sometimes hear them calling at night, a deep ‘hoo hoo’.

A pair of Powerful Owls has a vast home range of about 1,000ha. They need a large area of natural forest to provide enough possums, birds and other prey to eat.  The natural forest common in Red Hill South, Herb rich foothill forest, is a typical habitat for Powerful Owls and their prey.

Powerful Owls need old trees and forests. To raise their young, they nest in tree hollows formed after large branches break off.  Hollows start to form after trees are over 100 years old, but most of the forest in Red Hill South is younger than this.

Large owls are an ‘umbrella species’, that is a species with the most complex and demanding habitat requirements. Powerful Owls need large old trees for nesting, and high densities of other tree-dwelling animals and birds as prey.  If conservation efforts are directed toward large owls, then other species will benefit as well. We can look after habitat for the Powerful Owl by removing weeds to improve the health of forests, by planting new areas of natural forest, and by letting forests grow old.

Most of the native trees in Red Hill South are Messmate Stringybarks (Eucalyptus obliqua).  Across South-Eastern Australia these trees are important homes for forest-dwelling animals and birds.

The Sugar Glider (Petaurus breviceps) is a small animal that moves about the Messmate treetops at night and shelters in tree hollows during the day.  Many native birds also nest in tree hollows for safety from weather and predators.  The Crimson Rosella (Platycercus elegans) and Eastern Rosella (Platycercus exirnius) live in Red Hill South’s Messmate trees.

Hollows start to form in native Eucalypt trees after they are over 100 years old. But Messmate Stringybarks are also valued by our society for timber (sometimes sold as Tasmanian Oak), and many of the larger trees were cut down in the past. We can look after the remaining young Messmate Stringybarks by removing weeds around them and by letting them grow old so they make hollows far into the future. Hollows in Eucalypts are formed when wind or fires cause branches to break off, allowing decay to enter. The hollows then become larger as trees grow older.  Dead standing trees also form hollows, so it is good to leave these in place.  Logs rotting on the forest floor are important habitat for fungi and insects, especially beetles. 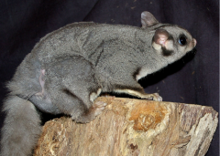 The Prickly Currant-bush (Coprosma quadrifida) grows to about two metres tall under forest trees.  It has male and female plants, and in summer the female plants produce round red berries.  These are edible and taste sweet and slightly astringent.

The berries of female Prickly Currant-bushes are eaten by a wide variety of birds, including Silvereyes (Zosterops lateralis), Crimson Rosellas (Platycercus elegans), Red Wattlebirds (Anthochaera carunculate), even predators such as the Pied Currawong (Strepera graculina).  Birds then spread the seeds in their droppings.

Small birds prefer to nest in the male bushes, which are safer as they do not have fruit that attracts predators.

Around Red Hill South, Prickly Current-bush seedlings come up naturally from seed. We can make space for them by removing weeds, such as Sweet Pittosporum (Pittosporum undulatum), and by recognising the seedlings and letting them grow. 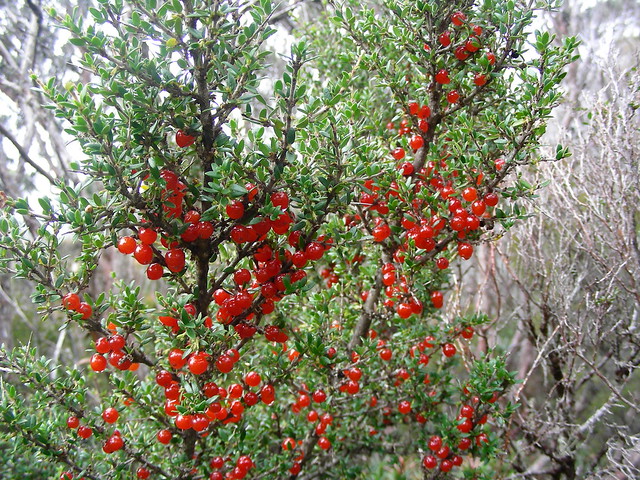 Currently, no events are listed here for this group. View All Events 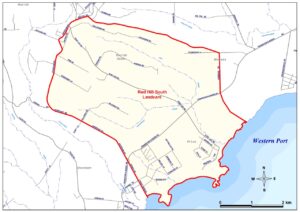